You R The World's Greatest Magician! by Timothy Stuetz
Buy for $4.95

You R The World's Greatest Magician!

Woven within this inspirational Tale are simple, fun exercises for children to become the World’s Greatest Magician—able to create joy, love, and peace at any moment, in any situation, for themselves and others.

Creating MAGIC in LIFE is really quite simple! 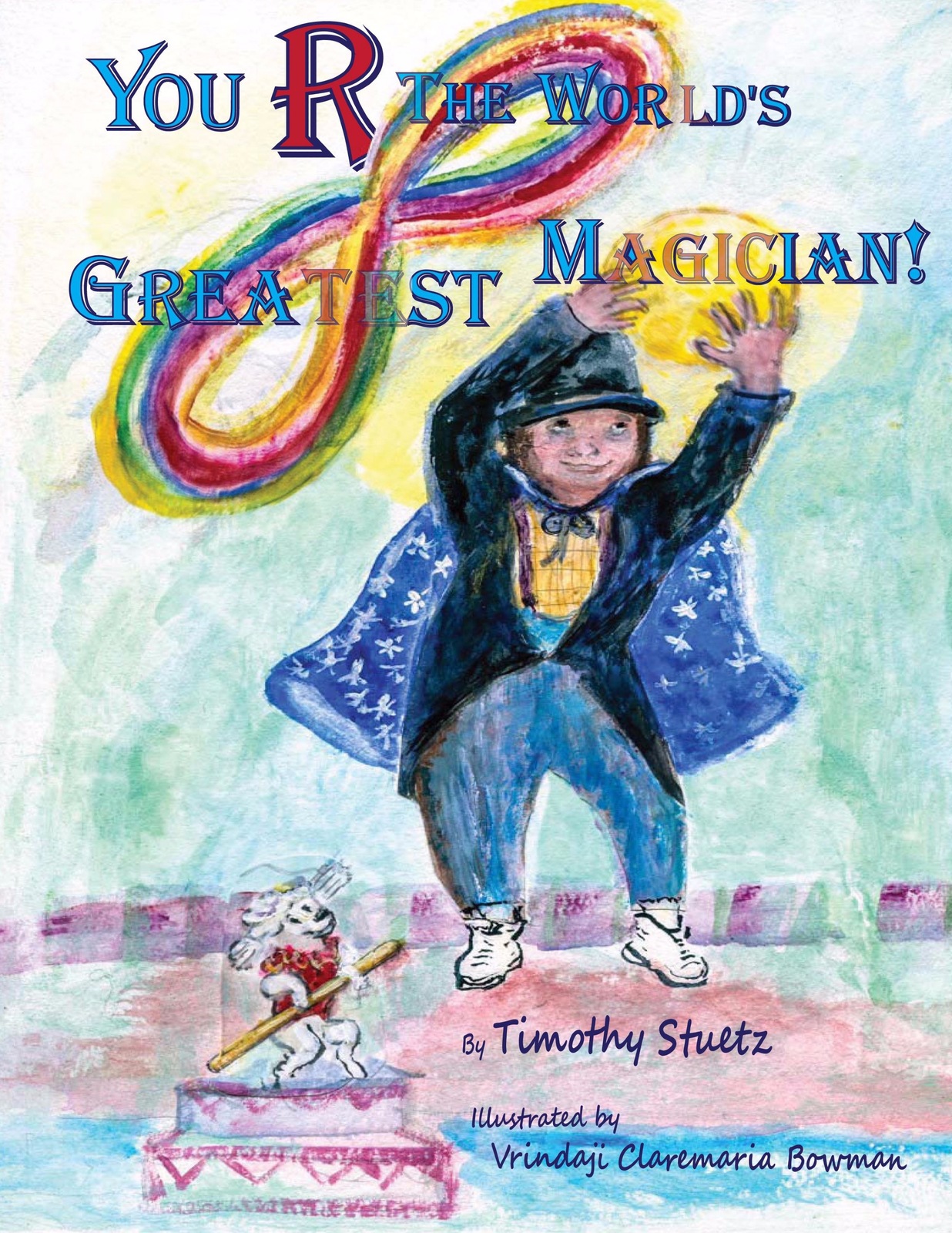 David Copperfield . . . Harry Houdini . . . Penn and and his sidekick Teller . . . Doug Henning . . . some of the world’s greatest magicians of all times make the unbelievable look so simple.
But as great, as magical, as fantastic, as stupendous, as spectacular, as unbelievable and as truly genius as their magic, their imaginations and the magic and imaginations of countless other less famous magicians was and is . . . it’s only a speck of dust, a tiny splinter, a miniscule molecule compared to the MAGIC you can create in every moment of your Magical, Amazing, Miraculous Life.
You “R” the World’s Greatest Magician.
YES, YOU “R” the World’s Greatest Magician!
You REALLY ARE!
You and every other human being are capable of creating the Greatest Magic Show ever . . . in each and every moment.
With every breath you take.
Your precious life is your Magic Show.
Wherever you are . . . inside, outside, playing, at home, at school, at church . . . wherever you are is your Stage.

You R The World's Greatest Magician!
5.3 MB
Get access
Welcome!
Enter your info below to login.
Forgot your password?