Holy Healing Batkids! You Gotta Read This! by Timothy Stuetz
Buy for $4.95

When Robin finds himself not feeling very well and wanting to get better very fast so he can go back outside and play, he takes a nap and . . .
dreams of being in a Holy Healing Temple where Angels, Fairies and other invisible pals teach him a
Healing Rhyme that really
helps . . .

A Healing Rhyme he wants to selflessly share with other children. 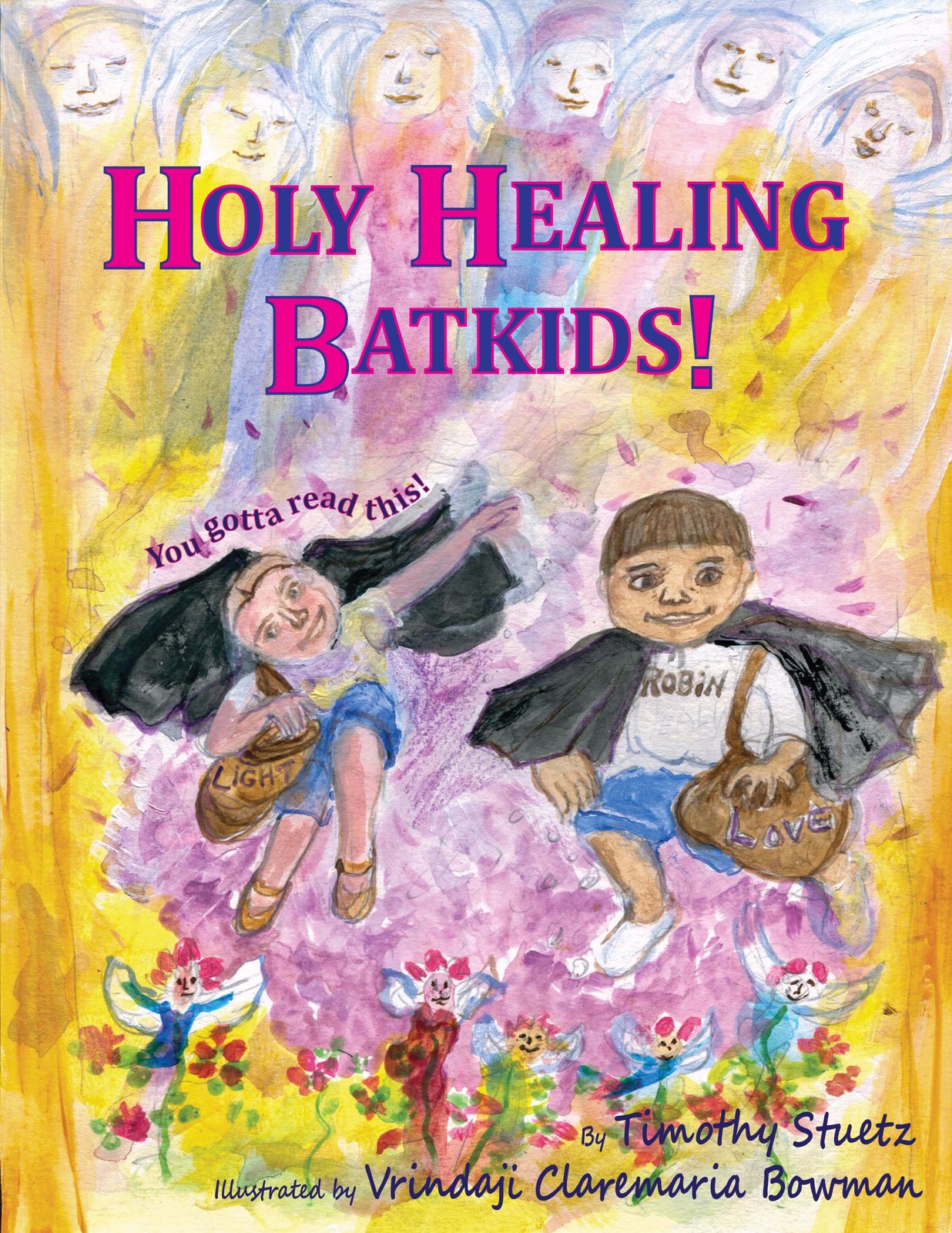 But as Robin was eating his breakfast, he suddenly felt very tired.

His stomach began to ache.  He completely forgot about going outside to greet the sun and play with all his friends.

“Mom”, he groaned, “I don’t feel so good.”
Touching his forehead, she felt a slight fever and suggested, “let’s go back upstairs to bed”.
Hardly able to lift his weary feet, Robin clomped-clomped clomped his way up the stairs.
Tucking him into bed with an ever so soft kiss on his feverish cheek, she whispered, “Sweet  dreams, Robin, I hope you feel better when you wake up.”
“I hope I feel better too”, Robin silently said to himself.  “I really want to feel better so I can go out and play”.
As Robin closed his heavy eyes and drifted off to dreamland, he thought he heard gently ringing bells far off in a distance.
Their melodically soothing sounds seemed to beckon him.
Following the irresistible call of the bells that echoed throughout his dreamland, Robin found himself standing at the bottom of a long golden stairway.
Robin followed the melody of the enchanting bells up the stairs, his eyes opened wide in amazement as they gazed upon a shining golden temple high up in the clouds.
He could see a large pillar standing on each side of the entry to the temple supporting a wide archway that sparkled with iridescent light, like a shimmering rainbow.
“Wow! This is awesome!” Robin exclaimed from deep within this magical dreamland.

Holy Healing Batkids! You Gotta Read This!.pdf
3.96 MB
Get access
Welcome!
Enter your info below to login.
Forgot your password?